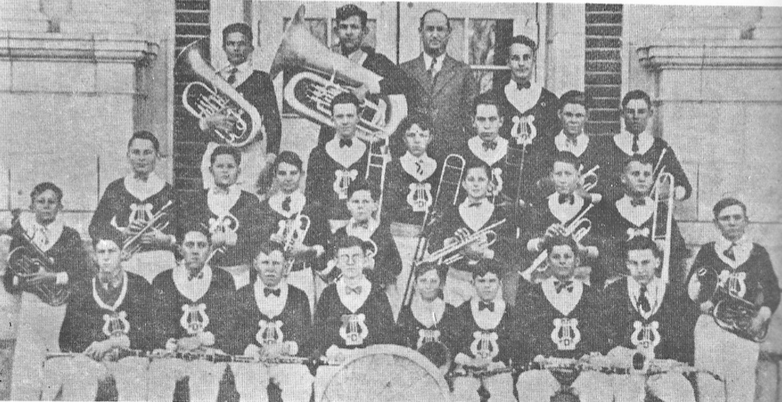 The first Dewey High School Band was organized in September of 1928 under the direction of Mr. Frank Murrah and consisted of twelve members. This was during the depression, and few students could purchase instruments, so the band borrowed them wherever and whenever possible. Mr. Murrah was an engineering graduate of Texas A&M, but after leaving the business world he began teaching music. At the time that he started the Dewey band in 1928, Murrah was an instructor at the Bartlesville School of Music and taught two days each week at Dewey, rehearsing the band and giving private lessons.

The band has achieved national recognition over the decades, from the 1941 “Dewey Cowboy Band” featured in National Geographic, to appearances in the Cotton Bowl parade and the Royal Gorge in London.

Be sure to visit the band room and see our "Big Red wall of History" fall 2019!